We have had the pleasure recently of working on some truly iconic cars here at RestoShack, but we are not always asked to revive vehicles with 4 wheels, we sometimes get treated to something from the world of two wheels. This time it was a classic T5 Vespa, which needed almost 25 years of use to be freshened up so that it looked and felt better than new.

We started by sending the panels to be fully shot blasted by First Choice Finishes in Exeter. This gave us the blank canvas to work from that we needed. Tapping and welding followed, before the long and time consuming bodywork process. Having so many panels all on display made it a job where the attention to detail needed to be top notch.

Once arrow straight and smooth we used Original Italian paint manufactured by Leacher (again all in the details!), with high solids clear par to give a faultless reflection.

We then gave it all back to the owner to put the little classic back together again to complete the restoration. Credit to the owner for rebuilding it without damaging the paint.

Here’s what the owner has to say about the little Vespa.

“It’s a 1989 Vespa mk1 t5 in the original grey anthracite colour. The pole position sticker is red as they were given as prizes to the winners of the Grand Prix in the 80s.”

“I chose this model as it’s typically 80s. It has a squared off black plastic replacing chrome, tinted screen / visor hub caps and even a rev counter. It has an alloy nikasil  5 port barrel ( hence the T5 name ) 5x transfer port, and is a lot faster than the iron barrel 2 port px model it was meant to supersede.”

“They are very hard to find rusty or weld free, as the rear section of the frame is added on and is a real after thought, it really was not designed properly and they rust badly, but what Vespa doesn’t!” 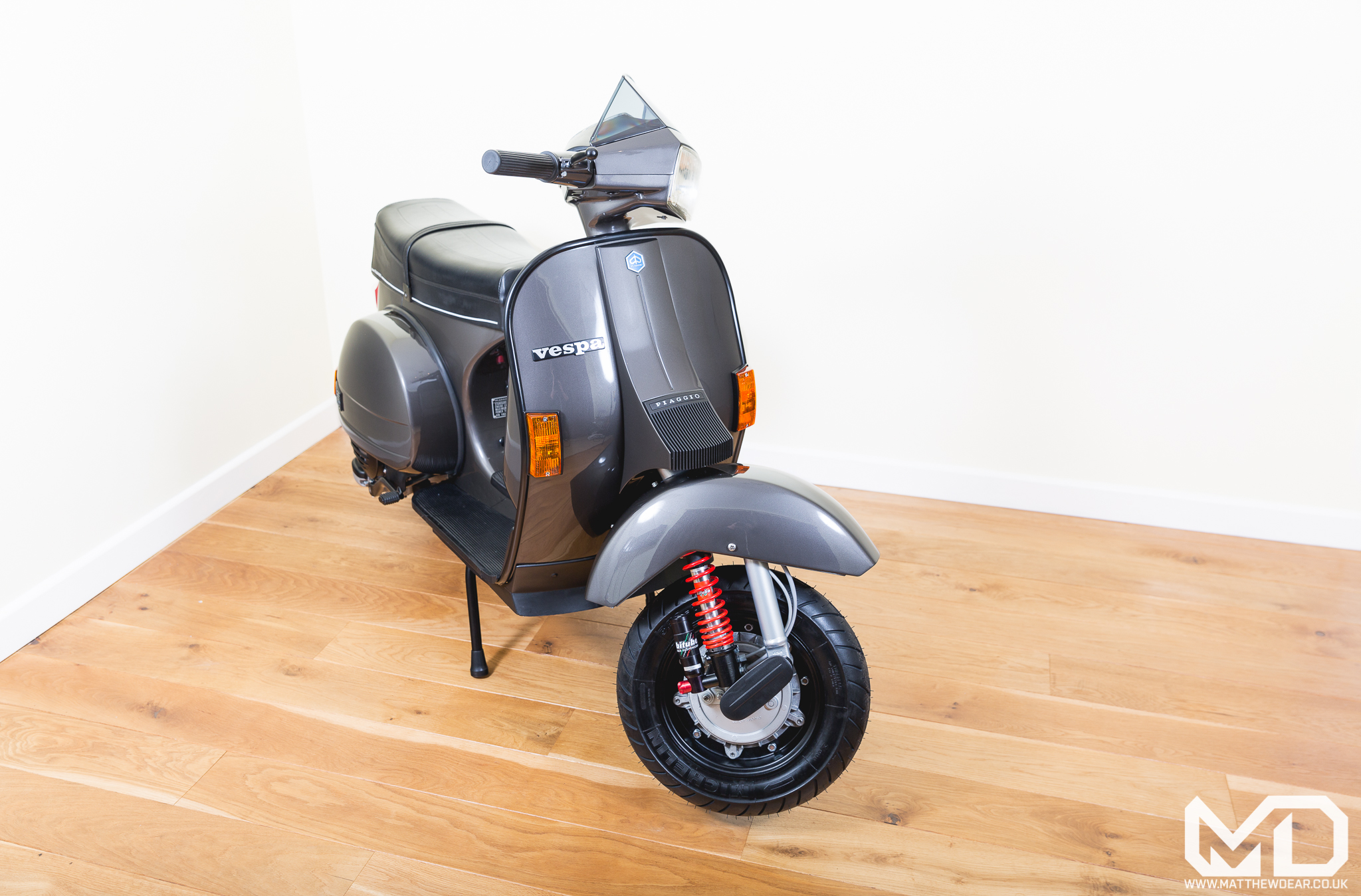 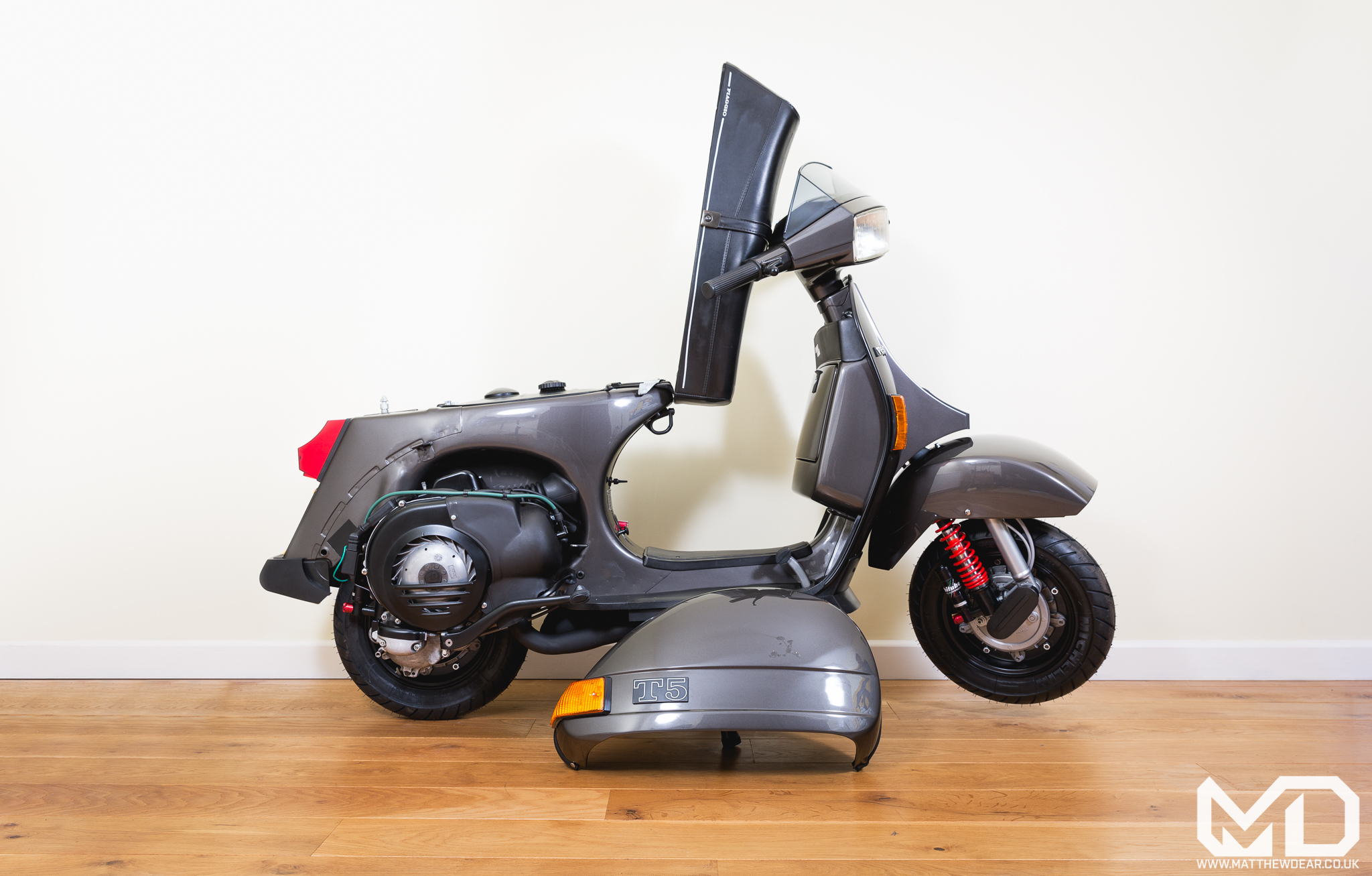 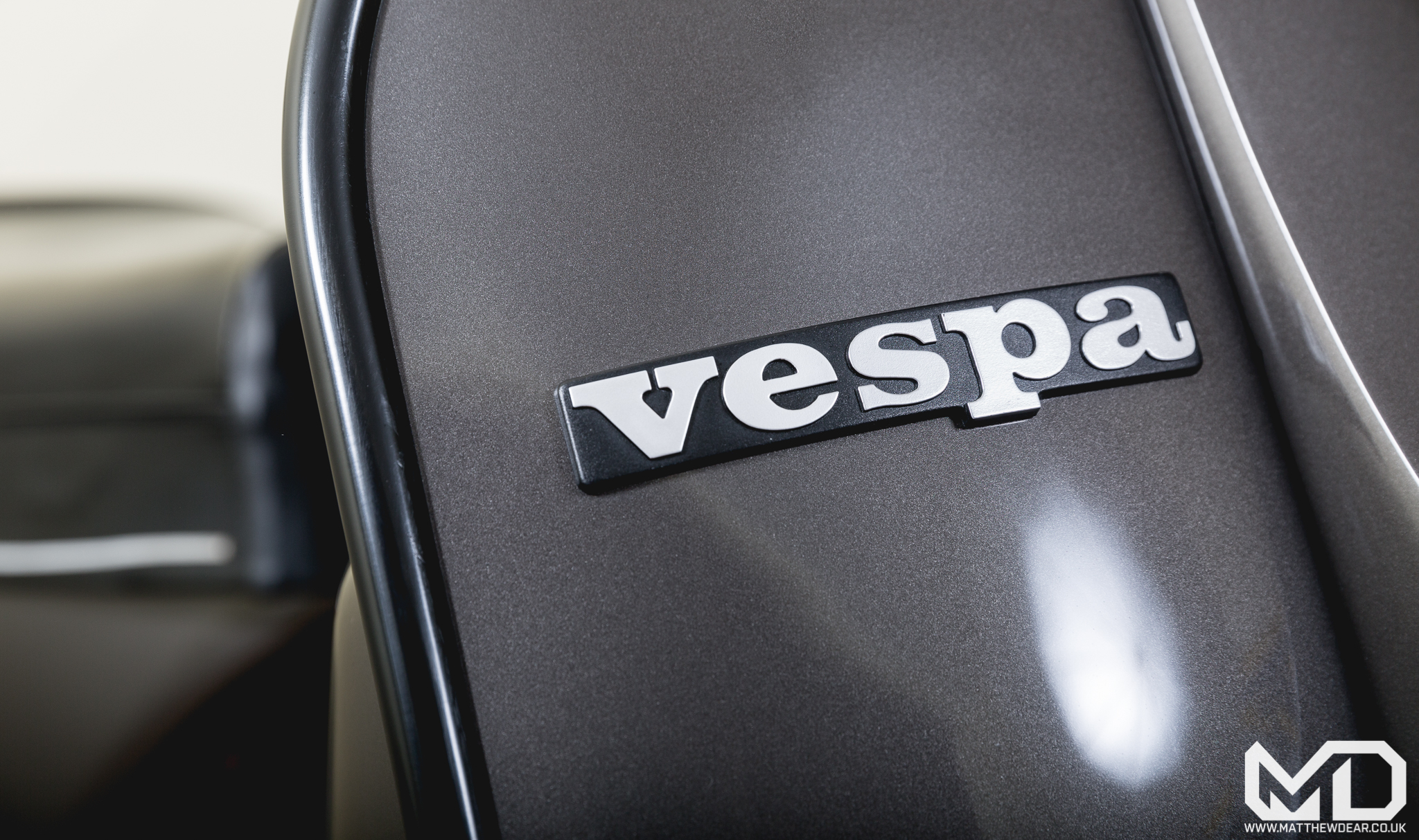 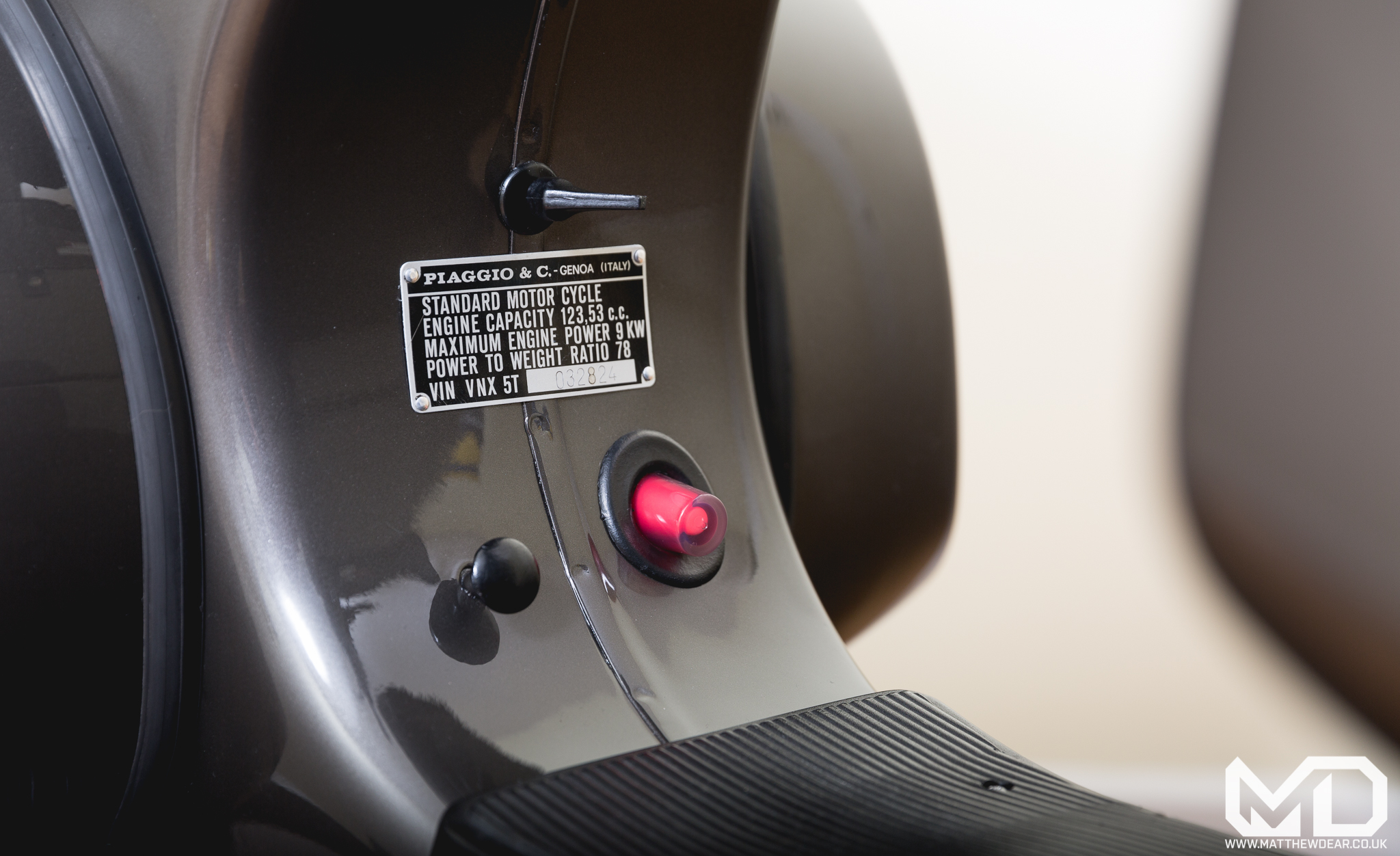 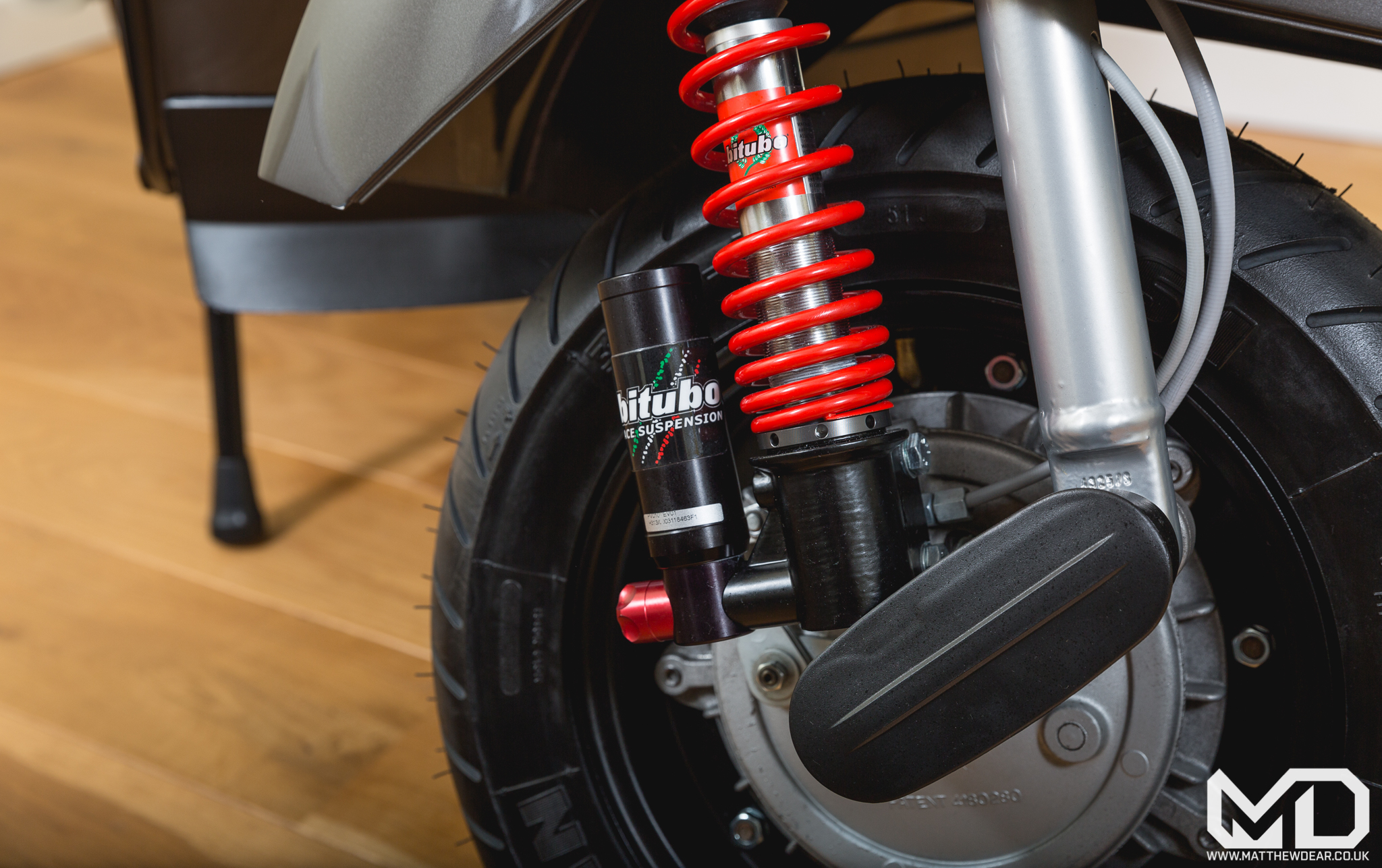 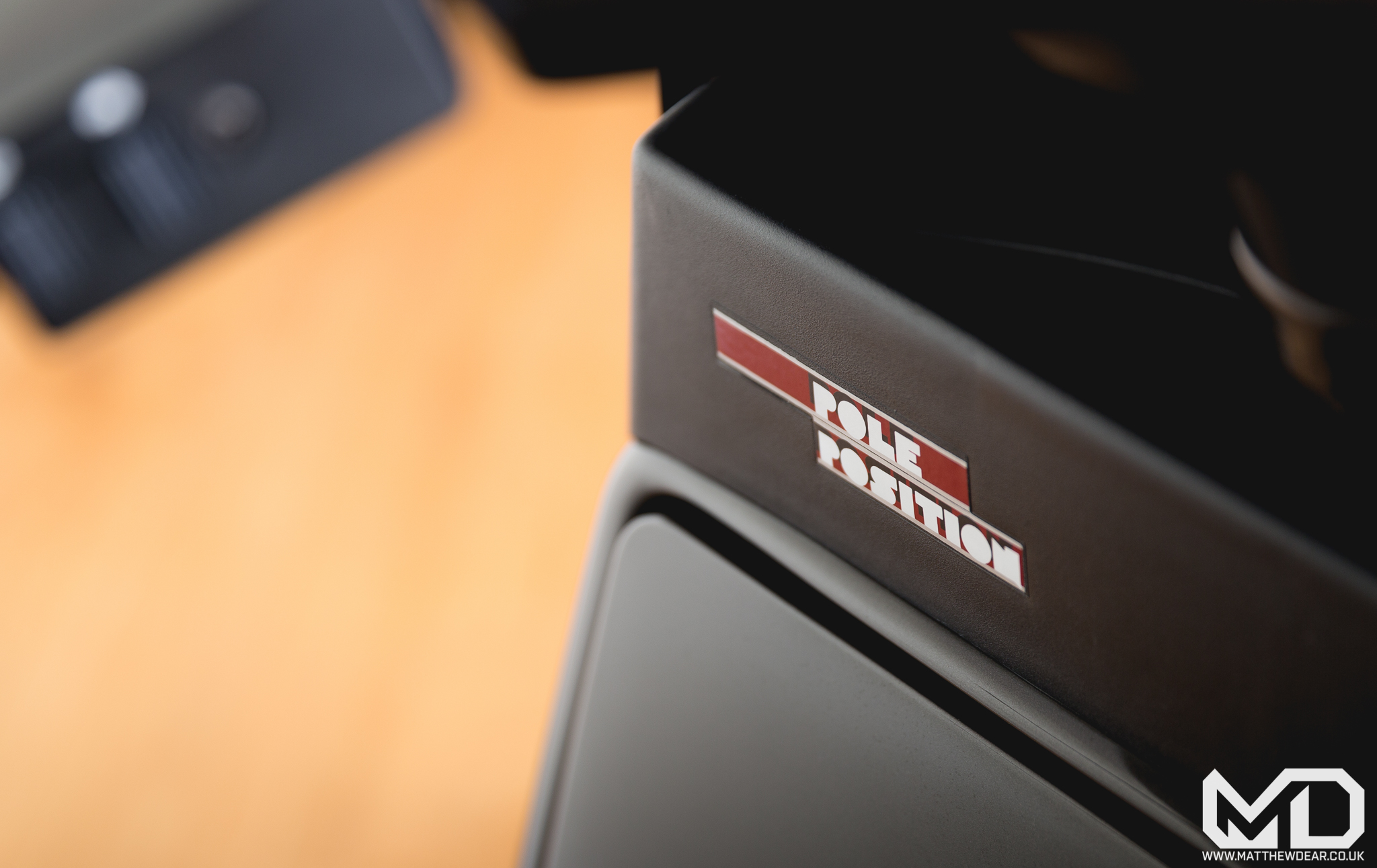 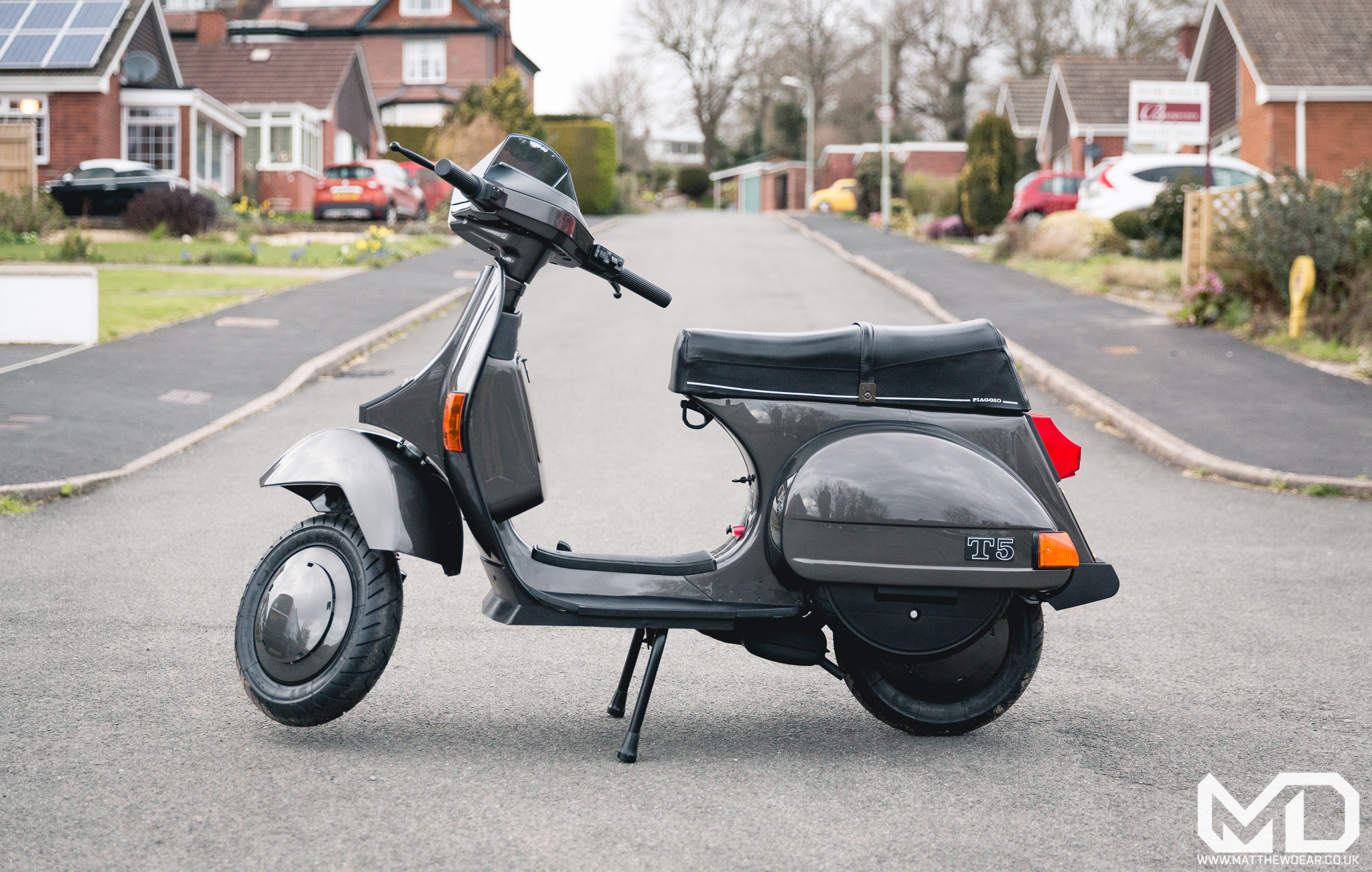 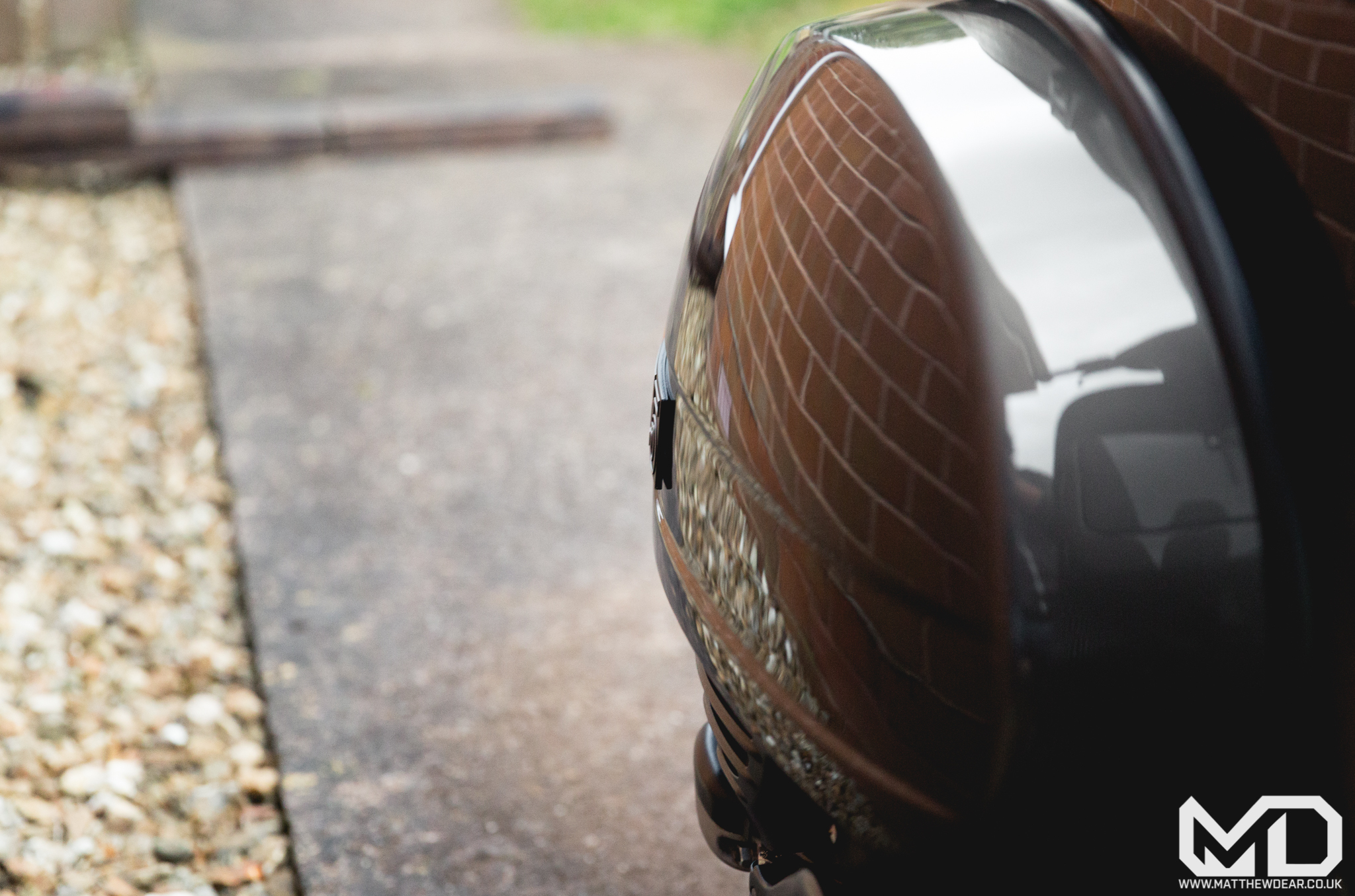 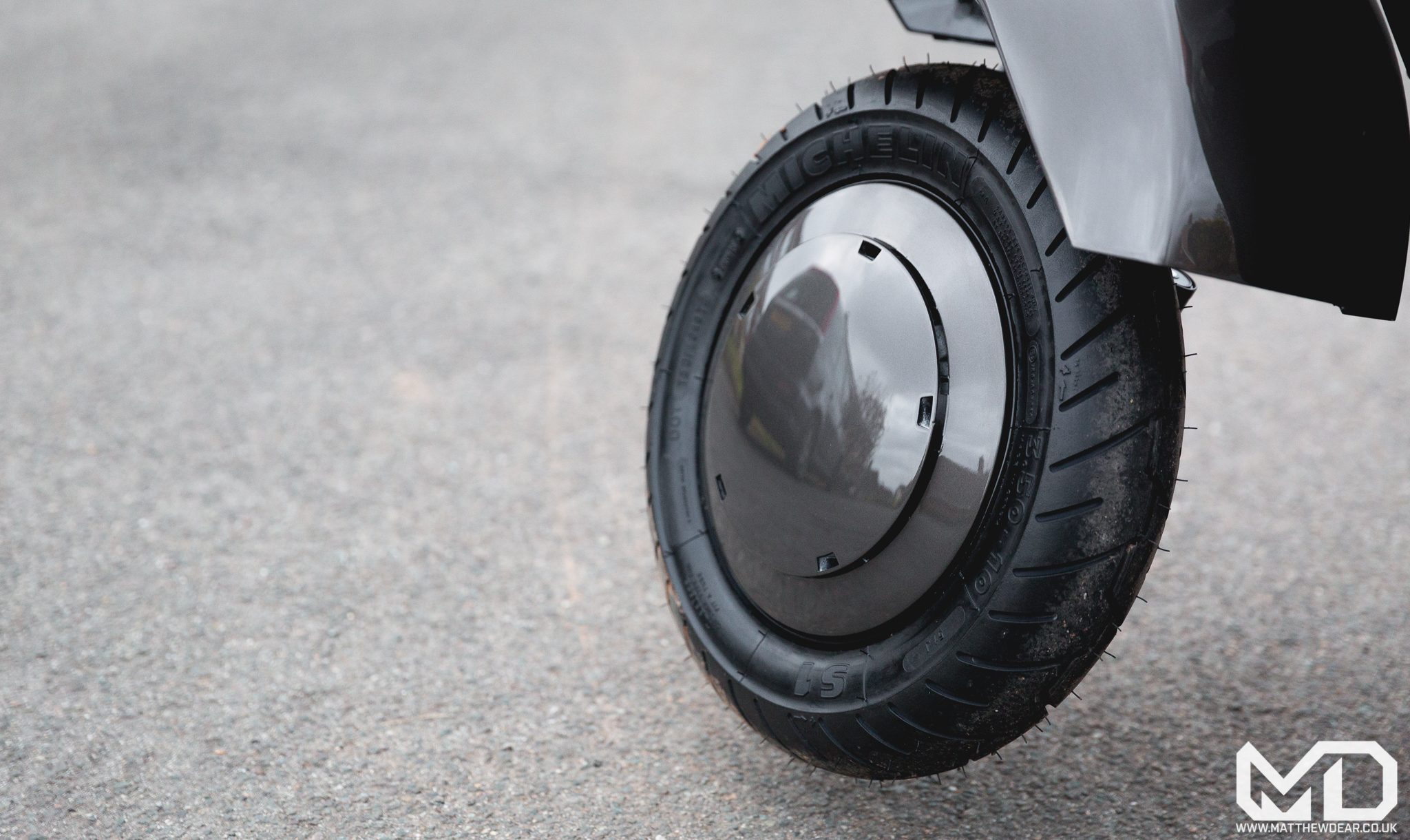